The focus of the story remains on Srinivas, the editor of a weekly tabloid grandiosely called ‘The Banner’ but his symbiotic relationship with Mr. Sampath, printer of his labour of love seems to have led to the title. And of course in the final course of events it is Mr. Sampath whose life is deeply impacted by what seemed to be an ordinary episode.

Undoubtedly the content is autobiographical and one can see a reflection of Narayan in Srinivas. He dwells on the intricacies of human motivation and searches for meaning of life. He fails to solve the grand riddle but seems wiser than before by the time we come to the end of the novel.

So we are back in the magical world of Malgudi and in the realm of small men and their smaller schemes. A few things are missing though this time – we do not have a trademark character of the ‘Talkative Man’ to don the role of the narrator. And characteristic Narayan humour is missing for most part of the narrative. A little relief is provided by the mordant sketch drawn regarding the workings of an Indian film studio trying to pull off a mythological epic.

Narayan is there for all of us to see in the form of Srinivas. Indeed one would easily imagine that the narrative draws a lot on his own experience and Srinivas represents him and his philosophy rendered sotto voce. His duels with metaphysics and his search for identity hold our interest though we discern early enough that he is nowhere in demystifying the eternal questions explored by man since civilization began.

Mr. Sampath, the printer, is a more colourful character though he seems to remain in the shadows in the initial narrative. He appears in full force towards the end as a surprising climax emerges from the usual humdrum and disrupts his life forever.

Narayan may seem a bit biased towards the film industry but he does draw an entertaining picture of it by providing us vignettes that exhibit a variety of symptoms ranging from pettiness, pomposity to megalomania. The final climax is made plausible by the narrative that precedes it and that seems to suggest that any amount of triviality is in the realm of possibility in this fake world of glamour and grease paint.

On a more positive note the story pays a tribute to the doting friendship between Srinivas and Sampath. Over the course of time and events, their relationship seemed to be stretched to a point of no return. Srinivas even finds another printer to help him revive his defunct tabloid, ‘The Banner’. To Mr. Sampath’s credit he retains an unfailing admiration for Srinivas and has no rancour regarding the unfortunate turn of events that rock his life. And when the chips are down Sampath is able to share his distress with Srinivas and gather some solace from him.

Narayan’s world has matured and on the whole we deal with serious drama affecting the lives of many as the rules of commerce and gain prevail.  Neither is it an innocent world from Swami’s childhood days nor are the antics comical but mild as happened in ‘The Bachelor of Arts’. Instead we deal with tragedy and dark humour that is an inevitable results of events set in motion without much thought. Narayan holds us a mirror to see the mire of human distress that cannot be simply wished away by shutting our eyes to it.

This site uses Akismet to reduce spam. Learn how your comment data is processed.

A square peg in a round hole

It’s only words and words are all I have … 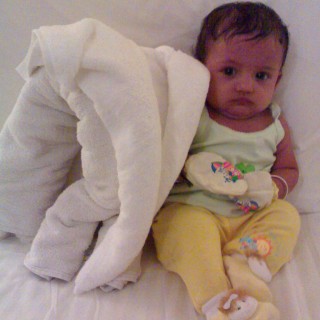 'I am an ex-expatriate Indian Banker with a flair for words.' I have kept moving cities & roles, so am interested in people and places. I am fascinated by human nature - each person is unique but human 'devices and desires' are universal. I believe in a syncretic way of life and also believe in an individual's inalienable right to 'freedom of thought' and 'freedom of action' as he seeks the gift of 'happiness' and 'peace' in his life.

"Ours is a world where people don't know what they want and are willing to go through hell to get it." – Don Marquis

Down the memory lane

Thanks for dropping by ...